By the time January 1st rolled around, I was painfully aware of the fact that I couldn’t tie my own shoelaces.  I cannot express how utterly embarrassing this is to admit.  Not only had I gained so much weight over the 14 months prior to January 1st that my belly was a hindrance to the bending-over needed to reach them, but my general flexibility had dramatically deteriorated as well from a lack of activity.

I cried… in full-blown, “Tonya Harding” fashion, pointing helplessly at the laces dangling from my feet.

Waking up to this realization made me angry.  Yes, I have thyroid issues.  Yes, I have a severely compromised immune system and have been sick (very sick!).  Yes, I’ve been on an emotional roller-coaster, but NO, I was not helpless despite what my lack of effort indicated.

I am not usually a “sit in the mud and sulk” kind of girl, so I have no idea why I seemingly just “gave up” for the better part of 14 months.  That is not me and as 2020 approached, I began to see that I had some decisions to make.  More specifically, there was one thing I vowed to change starting on January 1st (and I hate New Year’s Resolutions).  I was still discouraged just enough to recognize that “the mud” was too deep to change everything immediately, but there was one thing I knew I could do.

…that is, if someone else would lace up my shoes.

It was a humbling moment.  That first three mile walk of the new year was so slow and painful.  And while I’ve sped up some from doing three miles a day (every day) so far this year, I am still experiencing pain most of the time.  Being out of shape is tough, people.  It isn’t for sissies, that’s for sure!  Thankfully, after a few weeks, coupled with paying closer attention to what I was putting in my pie-hole, I was able (with some grunting) to tie my own shoes again.

Most days, it has taken all of my willpower to complete the three miles.  Some days that was the only sense of “accomplishment” I had, but I thanked the Lord for the ability to take each step.  I have no idea if I’ll keep up the “three miles a day” streak indefinitely, but I’m not focusing on that.  I can only deal with today’s decisions, not tomorrow’s.

So, each day I decide if I’ll walk or not… and there have been some really difficult days already… days of pain… of sorrow… of grief… of darkness… of physical, mental, and emotional obstacles.

It’s about just showing up and asking God for the strength to keep putting one foot in front of the other.  So, until tomorrow, may the Lord help you to take another step in the right direction. 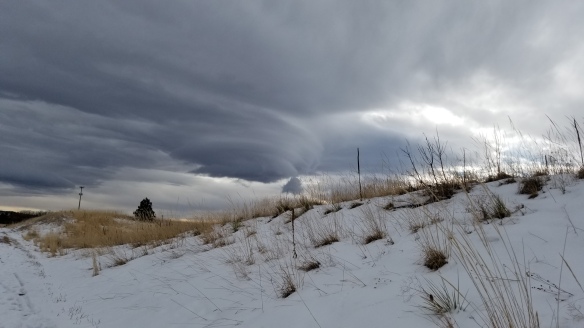 You Bet I Voted!