Eat to Live is a book by Dr. Fuhrman. I decided to follow his “nutritarian” guidelines for six weeks.

The first week started out really bad. I felt absolutely horrible. I wanted pretty much anything but what I was supposed to eat (with the exception of the fruit, I love fruit). Dr. Fuhrman says that true hunger can be satisfied by eating almost anything, so if I wasn’t “hungry enough” to eat a salad, I decided I wasn’t truly hungry and I waited until the salad was at least slightly appealing. Toxic hunger often manifests as cravings that drive me to eat whatever will give that next fix. My toxic foods are french fries, potato chips, chocolate, & coffee. I will become addicted to these in a heartbeat. This is probably largely due to the excitotoxins found in these and many other processed foods. Of course, the caffeine just amplifies the problem for me. 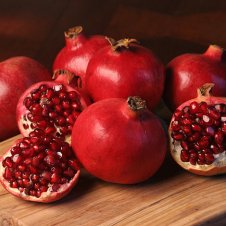 Between my morning fruit/green smoothie and the large salads, I easily got in 1 pound of raw greens/veggies per day (8 oz in greens alone). I made a large batch of a veggie/bean/mushroom soup at the start of the week and had some every day (sometimes twice a day). I had raw almonds or cashews every day. One day I ate some rice with my soup. The fruits I’ve eaten this week were: bananas, strawberries, blueberries, oranges, grapes, pomegranate, and kiwi. The veggies I’ve had this week were: mixed greens, spinach, kale, tomatoes, red onion, garlic, shallots, carrots, celery, cucumber, yellow bell pepper, orange bell pepper, and shitake mushrooms. Leaving out salt is more difficult for me than leaving out oil. I rarely put oil in my dishes anyway. Plain vegetables tasted rather “blah” at the beginning of the week. Even my green smoothie was unappealing. By the end of the week, my taste buds became more sensitive to subtle differences in flavor – halleluiah! This means I’m backing off some on the balsamic vinegar and onion; they are both much stronger to me now than seven days ago.

By day three, I felt significantly better with only mild detox symptoms rather than the “cry in my pillow” painful symptoms from day one. When my stomach empties, I am turning less and less into a grouchy monster. Shaking and feeling like I’m breaking out in a cold sweat is almost completely gone. Less crashing, and more function happening – hooray! Other things that are improving include: less sinus pressure, less gas, less bloating, and less puffiness in my face.

Now, I did take a detour for Christmas dinner. I opted to eat with my family. Although it was vegan, there was plenty of oil, salt, and sugar. Unfortunately, my weight took a bit of a hit, but I decided I didn’t care since we only have a feast like that twice a year. Still, one of my goals for 2014 is to reach my ideal weight. So, I’m also happy to report that despite the weight spike, I released a total of 6.2 pounds, with the break down, by day, looking like this:

My plan is to measure every two weeks. So next Friday I should have those numbers to share.