25.8 million… that’s the number of Americans, at the beginning of 2011, who were diagnosed with diabetes. That number is likely higher today since the number of “pre-diabetics” was 79 million at that time. Every time I was pregnant I failed the 1 hour glucose test… but passed the three hour. Despite passing, I had doctors tell me that my body behaved as a gestational diabetic even though I appeared to pass the three hour test. So, they treated me as a gestational diabetic. All of my babies were higher birth rates than “average”, with two of them over ten pounds (2 & 3 weeks early). I’ve been told that I’m at risk for developing Type 2 diabetes later in life. With family members already in this category (and one member who is type 1), this has been on my mind a lot. 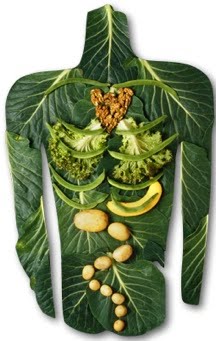 Conventional doctors would tell me that eating all of this fruit should bring on diabetes, but it appears that there are people who have actually healed this condition by eating this way. I’ve wanted to watch the documentary, Simply Raw: Reversing Diabetes in 30 Days, but I really didn’t want to pay for it. I hoped it would show up on Netflix. Well, I stumbled upon an online link (see above) and watched the entire thing today. I was floored. Most of the people in the study were off their insulin within DAYS, not weeks or even months. And what were they eating? To put it the way the doctor described it, “High carbohydrate, low fat, low protein” raw vegan. They even had type 1 diabetics represented in the story. I won’t spoil what the outcome was, but it was really impressive.

This movie was just more proof for me that we can take responsibility for our own health. We don’t have to believe everything the medical community tells us about our “conditions”. We’re told that so many things are hereditary and incurable, but I really question whether it’s true much of the time. Unless they mean that based on the standard American diet, it’s incurable. If someone came to the doctor and said, “I have these symptoms of poisoning”. The doctor discovers that the person is eating small amounts of arsenic. Well, based on their current diet, they will never be “cured” of the poisoning because they refuse to change their habits. So, imagine that they have a pill (or shot) that helps combat the symptoms of poisoning. They are still being poisoned, but the pills prolong their life so they can continue eating the poison without dying… yet. However, if you cut out the poison, you would no longer have symptoms of poisoning… and therefore be cured. This example may sound ridiculous, but most of the foods Americans ingest are poison to the human body. The chemicals alone are enough to make an argument for change.

God knew what He was doing when He gave Adam and Eve those plants and seeds for their food. He knew that was ideal food for us because He made us. There are countless studies to back this up too, and yet, we’re hooked on today’s industrialized version of “food”.

I guess if being pro-active when it comes to my health is extreme, then I’d rather not be “normal”.

Are you looking to make some changes in 2013? Check out The Journey for more information.

What I did: no workout

Here are the notes I made regarding my symptoms throughout Day 38: